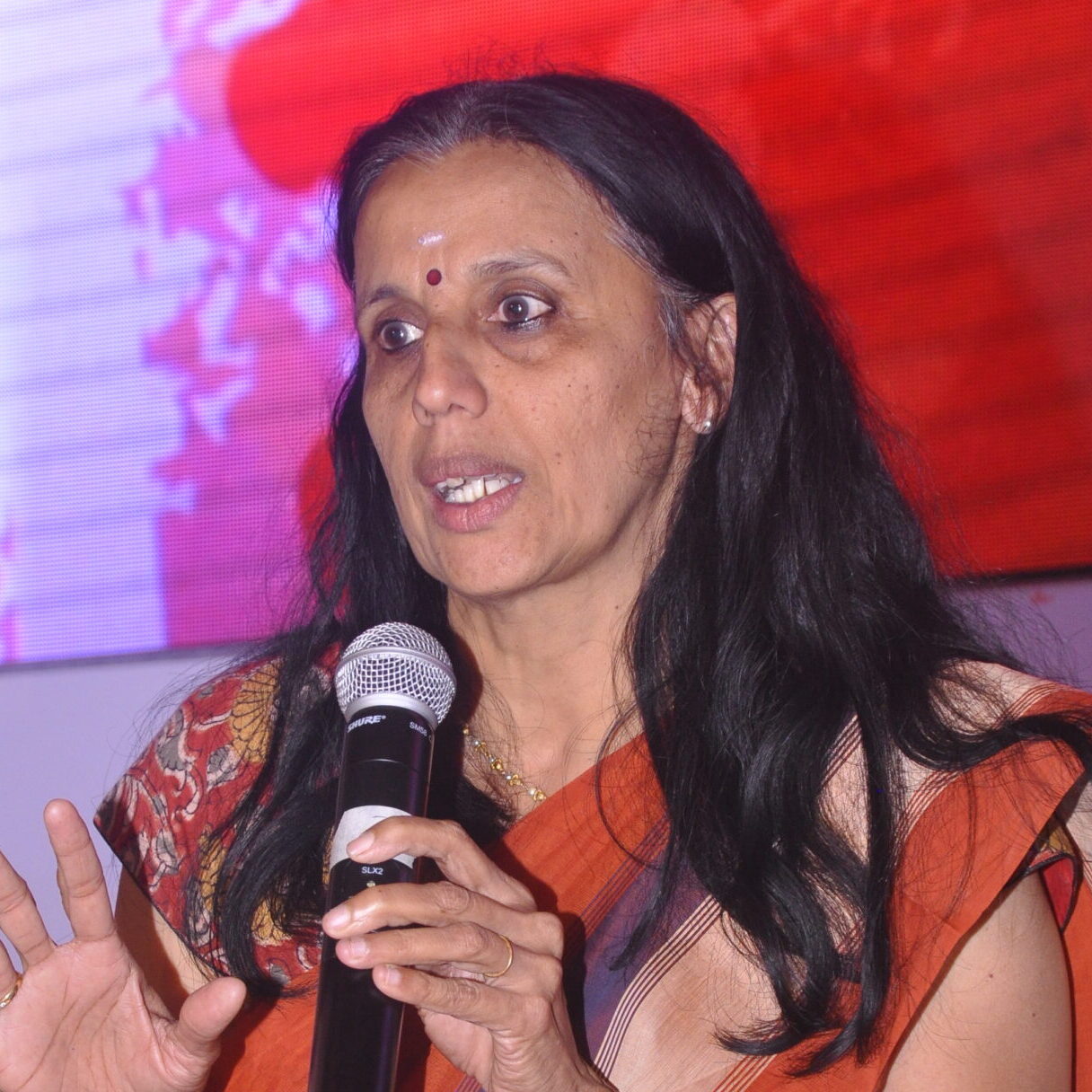 Suja, is a post graduate with diploma in management from Symbiosis, Pune. She works with Infosys limited as a Leader CSR and Employee Volunteering with Corporate Sustainability Reporting and Governance Team along with her role in Diversity and Inclusion, HRD,

Suja has over two decades of experience in corporate functions and community interventions. She anchors various CSR initiatives both within and outside the organization and received Infosys excellence awards many times  for her contribution to the social sector initiatives, She had taken sabbatical for 2 years to work  with tribal community in Bodoland near Indo Bhutan boarder in the state of Assam. She also worked on the ground level for relief and rehabilitation for Tsunami in Nagapattinam, Uttarakhand flood and  Bodoland violence. Suja advocates sustainability and CSR through her lectures at universities including IIT’s and BHU . She also represents many NGO panels in an advisory capacity including CSR panel for Confederation of Indian Industry, Karnataka chapter.  She is a certified DNV auditor for sustainability and also a qualified social auditor from social audit network.

A single parent with a 16-year daughter Ameya, Suja loves to work on ground to promote life style changes and make a greater impact on community.