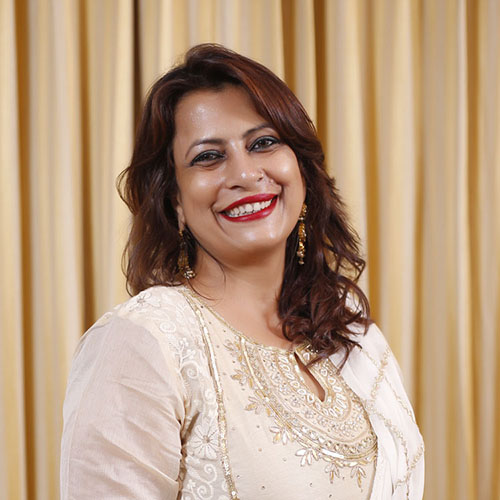 A UN Women Awardee, with close to two decades of experience in media, advertising, television, radio, print, events and new age media. Suparnaa Chadda’s “On Air” moniker, Simply Suparnaa, is the inspiration behind the Simply Suparnaa © Media network’s name. A passionate activist at heart, she used her versatile experience to curate SABERA, a one-of-its-kind annual social impact awards show and summit, which highlights sustainable development and impact led initiatives being undertaken by the corporates and individuals across the country. Founded in 2017, with the larger objective to amplify GOOD, the SABERA awards find continued support by industry stalwarts.

Suparnaa’s tryst with the social and development issues began while making her critically acclaimed documentary on the aftermath of the Kashmir quake covering the devastation and observing the plight of the affected natives closely. Leading the development issues beat for Radio Netherlands Worldwide as the India correspondent further underlined her interest in the sector. This was soon followed by international media houses BBC WST- CI hosting her blogs on various development issues. A published author, she has put together an anthology of stories from her ancestral journal Biswin Sadi, in the pre and post-partition era with Harper Collins. An avid gender equity activist, Suparnaa is strongly committed to women empowerment and regularly conducts menstrual hygiene workshops across slums and institutions through her non-profit initiative womanendangered.org. With a deep interest in the laws of the Spirit, Suparnaa believes that leadership and spirituality are interconnected and have the potential to bring a larger change in society.

The Simply Suparnaa © Media network has been awarded by the UN Women WEP Awards 2021 as an SME Community Champion.

Another city another state another session combating violence against women ! This time it’s Chennai in Tamil Nadu with students of SRM university ! Covered 6 states and 8 cities and 2500 students so far across #IncredibleIndia
#women #violence #standup #gender