Work from all corners of India submitted for SABERA 2022

It’s been an eventful month of September as we draw a close to receiving entries for the 5th edition of SABERA to be held in New Delhi on December 7th. We have received a record number of registrations and are in the process of validating and updating the information received before it goes into pre-screening. Registrations have been submitted by large corporations like HUL, Pepsico, VM Ware, Dabur, L&T Financials, Good Living Eco, BALCO as well as PSUs including SBI, BPCL, and IGL. Large Non Profits such as SACH, Bajaj, Swades & Bharti  Foundation as well as grassroots NGOs like Tarachand trust, Sanjeevani, Samarpan, SPECTRA, Pragati,  Cyrus&Priya Vandrewals, NCPEDP, People for Change, Child heart Foundation & even the Delhi Police Public Library. As also sustainable startups like ewaste, Omnivegan, CAPED, Aloe Ecell & EyeROV.

I was also invited to a couple of events hosted by previous years’ SABERA awardees.  NCPEDP’s Universal design Awards and Indian Deaf Cricket Association’s charity dinner. It is always a delight to see the SABERA participants grow and continue to be a source of inspiration.  It was indeed heartening to see innovative designs with accessibility at their core as relentlessly promoted by Arman Ali, Executive Director and Pradeep Gupta, Trustee at Emphasis NCPEDP’s design award show. Equally heartening was to meet the National Deaf Cricket team as they get ready to play the 4-nation T20 tournament close to Sharjah, UAE this month.

I couldn’t pass up the opportunity to be clicked with the boys in their jerseys. 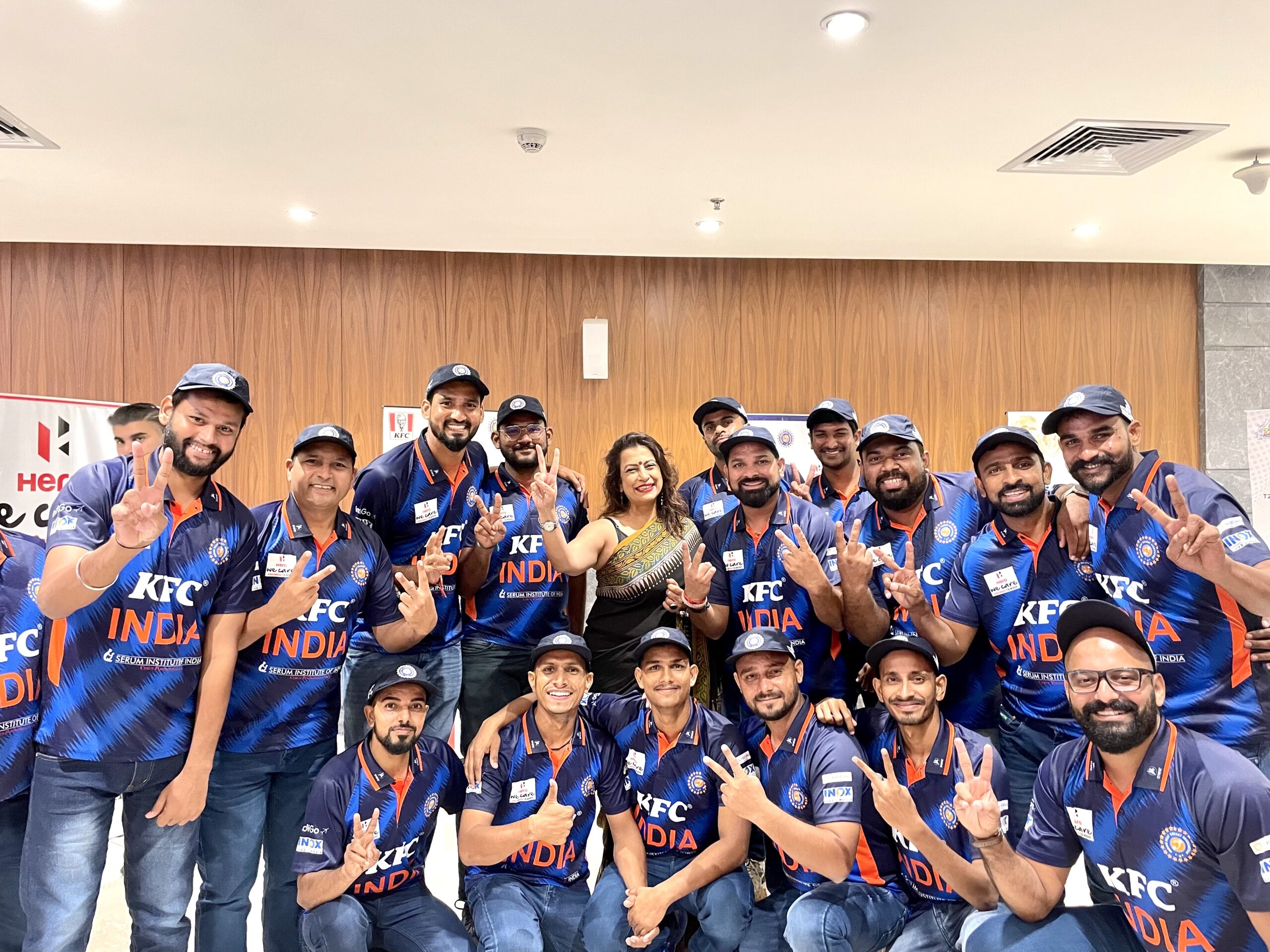 The month also saw a lot of travel personally for me from Allahabad in UP to Boko in Assam and finally Chennai in Tamil Nadu. This is part of the sessions that we have been conducting to combat violence against women taking workshops with the youth across different states in the country.  Stand up for what is right is a TVS Raider campaign which is being taken to state colleges through the JOSH TALKS network and I am personally conducting these 90-minute workshops as a speaker. 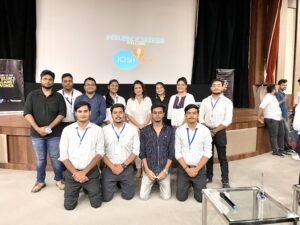 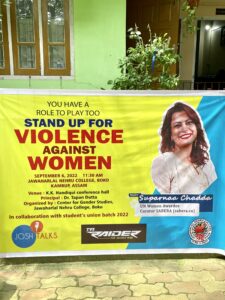 This month has been super special essentially because the National Archives of India honoured our family’s literary legacy on September 15th. We decided to gift the initial copies of Biswin Sadi, a magazine that my grandfather Ram Rakha Mal Chadda started in Lahore in 1937. The magazine was iconic of its times as it launched many an author, poet, and lyricist of the times. It was popular for its satire on the state of affairs and was widely circulated across undivided India. The entire staff of the National Archives including the Director General, Chandan Sinha, Deputy Directors and Associate Directors joined in acknowledging the family’s legacy and in appreciation of the gift of the family treasure to become a part of the National treasure. Biswin Sadi will be preserved for posterity with access to scholars and researchers for times to come. 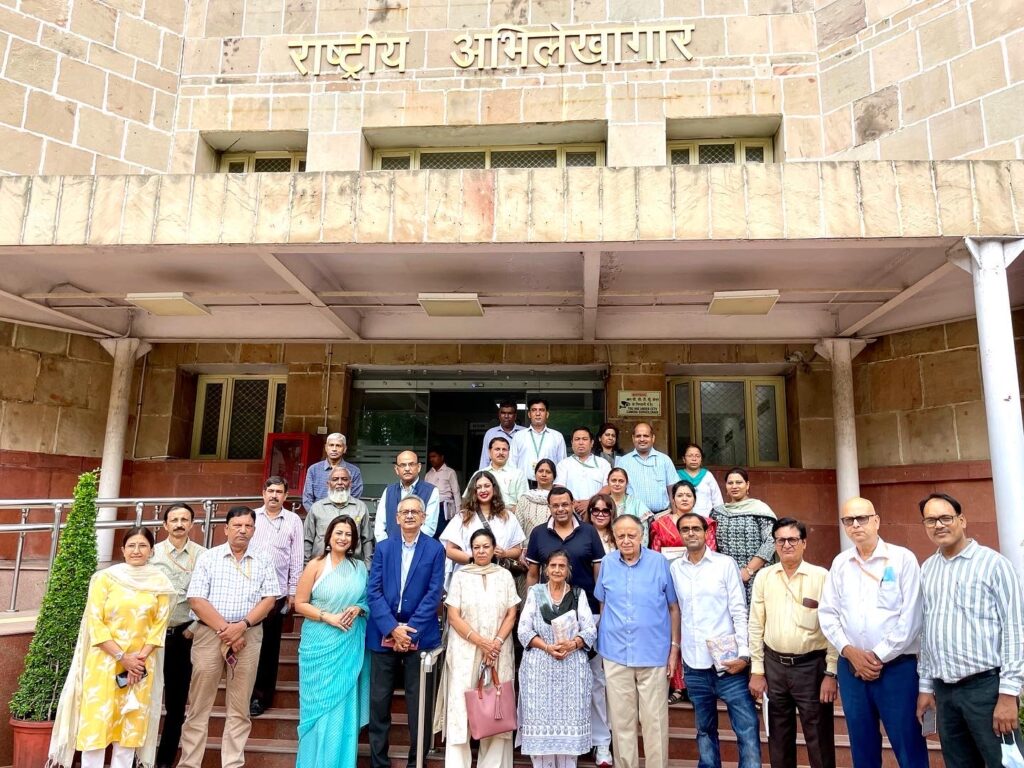 We now get ready for the pre-screening of the SABERA entries by the council to commence. The jury will meet on November 9th at UNESCO house, New Delhi to decide on the awardees this year doing path-breaking work on the sustainable road to India’s development.

As also the festivities have begun, there is a slight nip in the air. The most beautiful time to be in Delhi is around the corner.

Happy Festivities! And here’s to celebrating the GOOD that India does!

Follow us on Linked, Twitter, YouTube to never miss an update from SABERA. To submit your ESG-aligned work for  SABERA 2022 jury to evaluate, Register here. Only till October 7th with a late entry fee where applicable.

Honoured to have Mr. @NixonJoseph1708 , CEO, @CLT_India as a Pre-Screening Member. Thank you Mr. Joseph for your kind words about #SABERA2022